Our second frozen embryo transfer went off without a hitch last week. I tolerated the medicines a lot better this time around, probably because my body was used to them from doing back-to-back cycles. I have been feeling a little down and having a hard time staying optimistic. I had a lot of confidence going into the first transfer and was caught off guard when the cycle didn’t work. This time feels a little bit more like going through the motions and trying not to let my heart get too attached.

We didn’t change the protocol from our first frozen transfer, and once again, the embryo thawed well and my lining was great at 9.44 five days before. Our RE gave us the choice if we wanted to transfer one or two embryos, but let us know that his recommendation was still to do a single embryo transfer. We decided to try just one again. For those keeping track, we’ll have two frozens left after this cycle.

I know many couples decide to transfer more than one embryo and I totally understand why. When you finally get so close to your dream of having children, you want to give yourself the best chance. It is also tempting for financial reasons. We thought it through but it just wasn’t the right choice for us. My clinic reports almost identical pregnancy rates from single and multiple transfers, so I couldn’t use that as justification. I’m very concerned about the risks of carrying twins, especially since I had my daughter early at 36 weeks. My RE said my early labor could have been totally random, but could also be a sign that my body doesn’t carry pregnancies to term. I’m also concerned about the risk of twins on my sanity. LOL! If this round doesn’t work, we’ll have to decide if we try both remaining embryos next time, or continue trying one by one. We have fingers and toes crossed that this time works and we’ll have two left to try for a third child down the road.

Today is 3dp6dt and I’ve been tracking my symptoms, which I’ll share either way in a follow up post. I’m a crazy POASer, so I’ll be starting that tomorrow, since 4dp6dt was when I got my first very faint positive with my daughter. Hanging in there (barely) is how I would describe the current scenario over here. 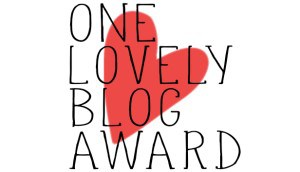 keep up if you can.

Turns out, it's not the hardest part.

This site is all about ideas

this struggle is part of my story
For the love of life.

Unicorns do exist
No impossibilities

For with God nothing shall be impossible. Luke 1:37

My journey towards pregnancy and pseudo paranoia as a doctor

Hope after a diagnosis of premature ovarian failure

My Life in the Rear View Mirror

When Turning Around isn't an Option

Our Egg, Her Nest?

My journey to Motherhood through gestational surrogacy

Baby, Are you Coming?

A personal journey in trying for our first baby